In the previous article, in addition to the players involved in the BIM process, we described the time and cost management activities typical of the Design phase. In this article, instead, we will focus on the execution of the works, without neglecting the sensitive moment of the economic offer associated with a public and/or private tender.

The formulation of the offer

Having a consistent business database with all the processes typical of the economic entity that offers them fully analysed, is a fundamental step for an evolved tender office. It is time to abandon the logic of files scattered in different folders across business PCs. Producing a sustainable economic offer means making the data available, once it has been processed (offers from materials suppliers, subcontractors or service providers) to a series of company functions (purchasing office, vehicles office, construction site leaders, etc.) which, respecting good project management practices represent, on the one hand the lesson learned of the tender’s study phase that can be beneficial for other offers, on the other representing the basic work on the basis of which it will be necessary to take action in case the offer is the best on the market. Starting from this data to create a budget represents a big step forward, with real time and cost savings for the company.

In Italy, time (4D) and cost (5D) management of a construction contract is one of the key points of the entire production process characteristic of this sector. In fact, just as we are not used to drafting a budget for proper monitoring and control activities, we tend not to take into consideration the risks associated with the mismanagement of the contract. BIM and Project Management are fundamental tools and methodologies, as if on one hand the BIM methodology produces information relevant to project management, on the other, with its methodology and different applications, it helps us manage this huge stream of data. During the execution phase, the control and monitoring of time and costs, as well as being integrated, also becomes extremely easy, with very little dispersion of information. Good practices, borrowed from Project Management help us, after having carried out a solid scheduling and planning effort, to combine the existing accounting logic (procedural handbook, accounting log, work progress report, payment certificate) to that whole essential aspect in monitoring a contract which, in Italy in the vast majority of cases is unfortunately still lacking, especially when it comes to the Public Administration realm.

Another important step, given the percentage of labour included in price lists, or of other highly evolved information, is to estimate the time in an “almost” automatic manner. After having imported the .ifc file and linking it to the various items, estimating the implementation timeframes remains an exercise of sequencing and optimisation, possibly carried out through the study of the Critical Path Mode.
With BIM, having connected the price list items and the relative measurements we can also have visual progress states at our disposal through which it is possible to automatically reconstruct the digital model, thus having “as builds” which are fully congruent to reality. In this case the resulting benefits are once again manifold. Let’s try to imagine, for example, what happens when the non-timeliness of information leads to sliding timelines and related costs. These digital models, allow us, through the concept of “learned value management”, to appreciate the value of indexes such as the Schedule Performance Index (SPI) and Cost Performance Index (CPI) including visually, making it possible to understand why and where we are spending too much or where we are late. In terms of times, other “earned” based methods can also be used such the “earned scheduled” concept, which make it possible to keep delays under control in a more precise manner.

Once planned and scheduled together with the budget, consideration should be given to elementary resources (labour, materials and freight) which, for construction companies, represent the real driver of production on the construction site and therefore the interest to manage them better without any waste is essential.
Once again, as with the design scenario, the execution can benefit from advanced PM techniques such as those encompassed by Lean Construction that helps us, through the LPS® (Last Planner System) to optimise the re-planning carried out “just in time” (week by week) or relying on the LBS® (Located Based System) to facilitate, for example, the lay-in of semi-finished products in several points of the same structure on the same day.

Towards a digital responsibility of managers

In this transitional period, covering the responsibilities inherent in the Technical Director or perhaps the General Manager role is not quite so easy in the construction industry. Under the strain of an increasingly competitive market and digitisation models which, including at a legislation level start to set their sight towards future scenarios, often looking around, executives find themselves having to completely rethink their organisations and its approaches. Finding the right combination of hardware/software and digital training is founded on a fundamental shift in culture and approach that is not easy to address in a short period of time. Pursuing such a strategy may therefore mean rethinking the organisations in such a way as to make it resilient. Because if on the one hand there is the need to maintain a know-how that represents the core business of economic players, on the other, there is the necessity to determine a common factor and exalt it towards a smart digital approach, without foregoing quality, time and money.
In a time of change, as we are experiencing at the moment, we should commit ourselves to the maximum (regulators, professional orders, software house, etc.) to drive forward this “digital revolution” that lends itself to a more transparent style of management in terms of communication and a more evolutive/collaborative in terms of the professional component. 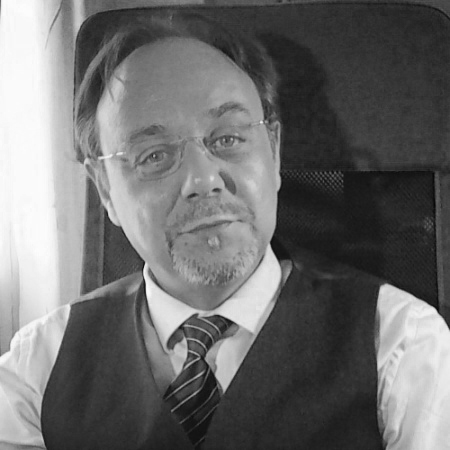 Insert you Username and Password to access to the reserved area or make a site registration if you don’t have one! You will download all software documentation and watch our latest software video demo.